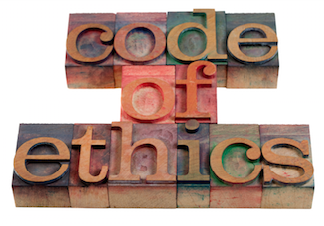 Like any business, my office gets contacted by companies who offer help with marketing.

Unlike most other businesses, psychologists have special obligations, responsibilities, and professional ethical standards for how they let the public know about their services.

Kind of interesting that during the era of the real “Mad Men,” psychologists couldn’t advertise at all.

(On a personal note: My father was a psychologist for over 60 years, and he proudly served on ethics committees for nearly all of that time. I’d hear dinner conversations when I was a little kid about the evolution of the ethical standards for psychologists.)

Here’s what prompted me to write this post: I recently had a “solicitation” from an online marketing company aimed at doctors, offering their assistance with getting my website to show up better in online searches. Their proposed method was to get more Google reviews for my practice.

For business like stores and restaurants and plumbers, that’s relatively simple: Ask your customers to leave feedback on Google.

That’s what the marketing company was offering to do for me. I could “simply” enter my patient’s names and their contact information on their special marketing platform, and it would contact my patients with a request for reviews for me.

Putting aside that this would be a gross violation of psychology’s core ethical principle of confidentiality, this marketing company (or at least this rep) also didn’t seem to know that psychologists can’t solicit testimonials.

We can’t ask for reviews. Period. It’s a breach of our ethical code, because it’s potentially harmful to patients. Among other things, it’s potentially damaging to the therapy relationship. Imagine if a psychologist were to ask a patient to greet people on the street and say, “Hi, I’m a psychotherapy patient of Dr. X, and I think he’s great.”  That’s basically what writing an online review is doing. Or imagine that a patient has trusted his psychologist with her deepest personal information, and the psychologist says, “Hey, you wouldn’t mind writing me a nice review, would you?”

I knew I wasn’t ever going to use this company’s services, but I wanted him to understand that psychologists can’t use this kind of service. The guy was wasting his time making calls and emailing psychologists for nothing. It’s unethical, as mandated by the profession’s ethical standards.

My heart sank when he countered that they have other psychologists who use their service, and he’d never heard about this being a concern.

As soon as I ended the call, I emailed him the relevant excerpts from the American Psychological Association’s “Ethical Principles of Psychologists and Code of Conduct”.

I’ve not heard back from him. He apparently figured out he was wasting his time with me, since I was clearly some kind of uptight ethical-standards-thumping weirdo. To me, that’s a high compliment.

I’m honored and delighted to have had many, many referrals from former patients who have shared my name and their confidence and trust in me. But it’s their experience to share, not mine.